Annual Conference for Teachers in Civics

Challenges in American Democracy; With Liberty and Justice for All?

The 2020 Annual Conference for Teachers in Civics, Law, and Government, themed “Challenges in American Democracy; With Liberty and Justice for All?,” addresses the tensions that define modern American life. It offers resources dealing with current challenges to individual liberties, the legal system, the electoral system, and fundamental democratic institutions. The Constitutional Democracy Project’s Professional Development Conference offers a series of workshops to highlight best practices for teaching young people awareness of the law, the legal system, and their rights and responsibilities as engaged citizens.

The 3R’s of the Electoral College: Retain, Replace, or Reform?

The Supreme Court: The Changing Court and Self-Evident Truths, a look back and forward

In October 2020, a third President Trump judicial nominee will be confirmed by the Senate, changing the makeup of the Court. This session will explore the history of Article III, why it left so much open, and look ahead to some ways in which this Court will likely be different than past Roberts Courts.

The Constitution: The (Continuing) Miracle at Philadelphia

This session will take a look at the leadup to, and the miracle, that took place at Philadelphia and what the Founders worried about. It will address some of the liberties contained in it and also explore how the Supreme Court has addressed some of the most impactful provisions on liberty, including the Bill of Rights and the 14th Amendment, and efforts to reopen the document via states conventions.

The Struggle for the U.S. Supreme Court

This session will place today's struggle for control of the Supreme Court into historical context. We will review major developments in the Court's history over the past century, focusing on episodes in which the Court became a focal point for political battles. Topics will include: FDR's failed Court-packing plan; the battle over school desegregation following Brown v. Board of Education; Nixon's attack on the Warren Court; the conservative campaign to overturn Roe v. Wade; Robert Bork's failed nomination to the Court; the Senate's refusal to hold hearings on Obama nominee Merrick Garland. We will examine how our current debate about the Court and Court reform compare to past debates.

This session will preview the major cases now on the docket for the Supreme Court's October 2020 Term, including putting these cases in a larger context of trends and patterns o the Court and in its jurisprudence.

A Tale of Two Pandemics: The Intersectionality of COVID-19 & Racism and How to Teach Effectively Within It

We find ourselves between two intersecting pandemics (racism & COVID-19) that cause our breathing to be in literal and figurative jeopardy. How do we create virtual and face-to-face classroom cultures and climates where we acknowledge and investigate these pandemics with our students? What teaching content and strategies can we use to strengthen our communities? In this session we will engage in self-reflection and collaborate in order to seek the answers and create personalized solutions.

This session will delve into a hot-button case before the U.S. Supreme Court this term: Torres v. Madrid. This case explores whether a woman who was shot by police in Albuquerque while fleeing a scene, “was seized” under the Fourth Amendment. The case presents interesting angles for discussing current issues. Case-related resources will be shared, along with ideas for using this case with students.

This session will examine the Amy Coney Barrett Supreme Court Justice nomination as a case study for the intersection of policy, politics, and constitutional law.

The year 2020 has seen significant demonstrations – mainly led by youth – demanding law enforcement reform and other social justice movements. These protests are the successors to numerous movements and demonstrations in which young people have been the foot-soldiers for social change. This session will examine some of the important movements in American history; the role of young citizens in them; and some of the results achieved through their efforts.

What Makes a Good Leader?

Recently, we’ve seen great debate in the news about values, civility, and what we as citizens perceive as good traits in our leaders at all levels of government. By studying Judy Baar Topinka’s life and philosophy, students can discuss qualities of leadership as well as how her thinking and life is relevant today. Key topics include: good government is good management and leadership; civility; protocol; compromise; integrity; perseverance; heritage; respect and advocacy.

As noted by Justice Powell, "Equal justice under law is not merely a caption on the facade of the Supreme Court building; it is perhaps the most inspiring ideal of our society." This session will discuss the jurisprudence and history of the 14th Amendment and the complexities that surround substantive due process and the equal protection clause, particularly in light of cases and questions that have come up in recent years and that are likely to come up in the future.

Does Title VII of the Civil Rights Act prohibit discrimination based on sexual orientation or gender identity? In this session, we will unpack the landmark decision from last term in Bostock v. Clayton County, Altitude Express v. Zarda, and Harris Funeral homes v. Aimee Stephens.

Let's Give 'Em Something to Talk About: Engaging Student Voice in the 2020 Election

Explore how to enhance your classroom practice of engaging students in civil discourse, face-to-face or at a distance. Learn how to curate the right question, prompt, and strategy to meet your learning targets. Walk away with free resources to facilitate better conversations and reflective practices. 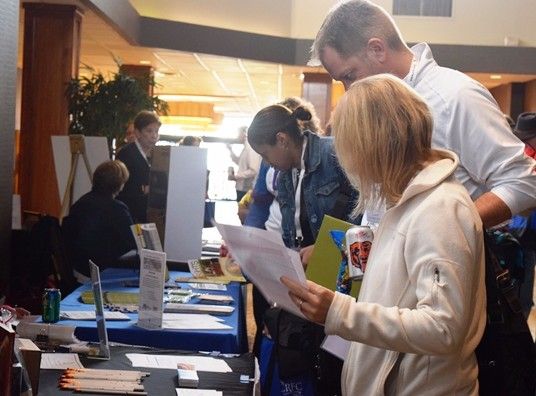